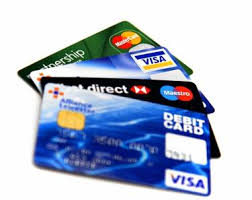 International students in the UK are having a hard time finding student bank accounts.

While UK residents can opt for special offers to come with their students accounts, international students are left with no options but to save their money and hope for the best.

So far only Santander, the Spanish bank, provides international students in the UK with special services. With the promise of receiving at least £50 a month, a student can get up to 3.00 AER/2.96% gross (variable) on balances up to £500 a month.

However, these can only be acquired after the students have been living in the UK for over 3months. Olivia Rastoin, 20, a French student at Edinburgh Napier University says “the most annoying thing is that I can’t get an overdraft, which can be hard when living a student life”. She adds that “having a larger interest rate and free bonuses like rail cards would be very welcome but just aren’t available for overseas students like me.”

“Even though I managed to get a current account, I would much rather benefit from the many extra’s UK students can get. Moving to a new country is already enough trouble, let alone setting up separate insurances, rail cards and bank accounts.” says Kerrence Keenan, an Irish psychology student at Edinburgh Napier.

The Royal Bank of Scotland refused to comment on the matter.

According to myfinances.co.uk, the best student account a UK scholar can apply for is from Halifax. They say: “This is because it offers a £3,000 interest free overdraft which is available from year one of your course right through until a year after you graduate on courses from three to five years.”

Daniel Cunninham, a first year UK resident also studying at Edinburgh Napier says “I can imagine that international students would integrate much easier if International Student accounts were more easily accessible. I think it would definitely be something the banks could consider for the future.”

iThere are no comments

This site uses Akismet to reduce spam. Learn how your comment data is processed.

Begin typing your search above and press return to search. Press Esc to cancel.